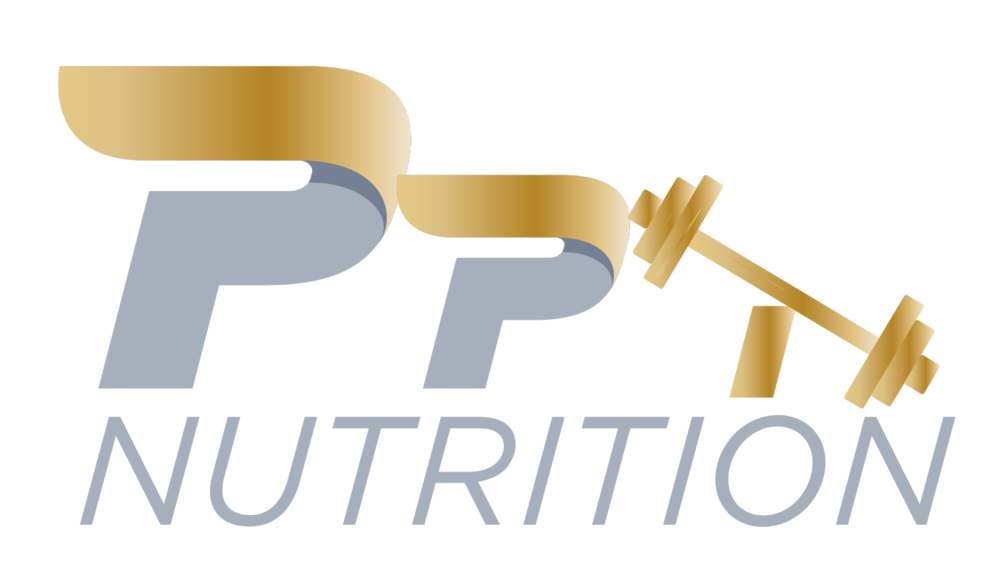 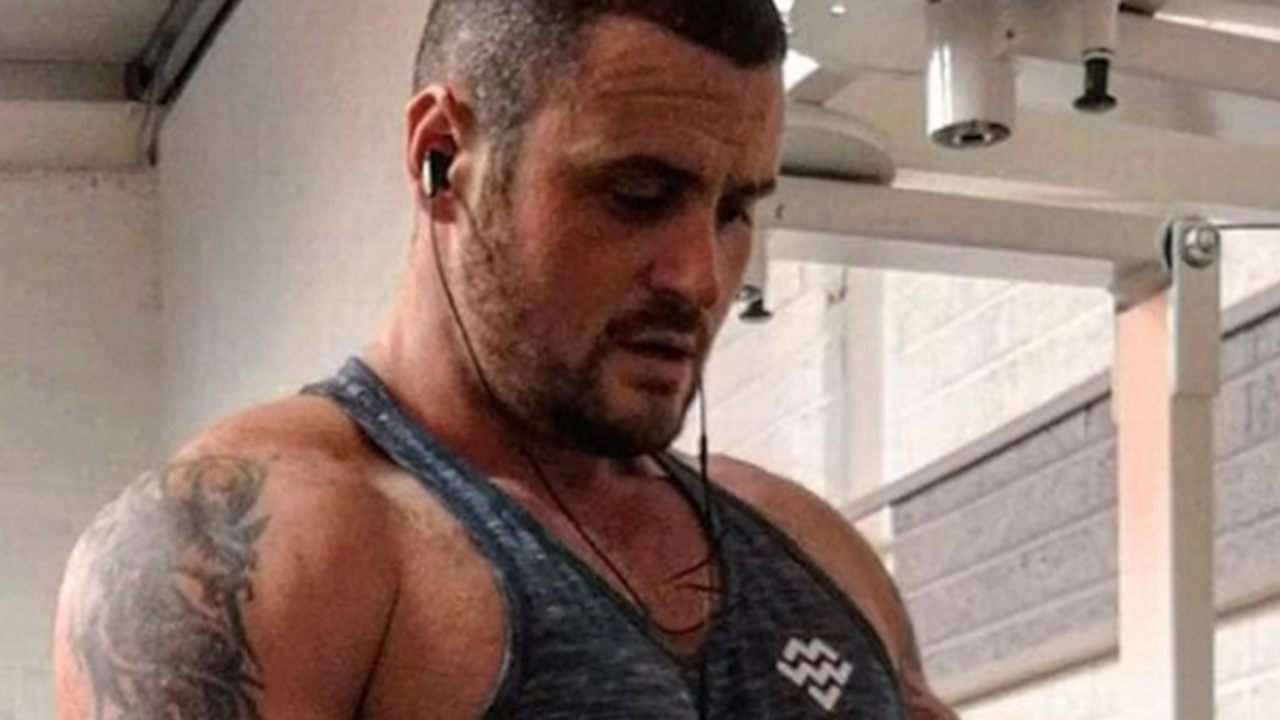 "The fitness and nutrition industry is rife with false information, it is crazy. The brands and influencers are playing off people’s emotions. People will do anything to lose weight."

Fitness and nutrition expert Peter O'Halloran has said there is no real product that you can take to burn fat.

The Kilkenny man has slammed bloggers and influencers for being negligent online because they can share any message they want online and it doesn’t have to be approved.

He told RSVP Live: "Science says that we have gravity and if you say that you can fly, does that make it true? Everything I do comes down to scientific fact, but people don’t want to listen and they are so gullible.

"The fitness and nutrition industry is rife with false information, it is crazy. The brands and influencers are playing off people’s emotions. People will do anything to lose weight.

"I have called out many people including Miss Fit Skinny Tea. I made a report to the Food Safety Authority of...

Dublin woman told she was 'too heavy' for IVF loses 8.5 stone in just 10 months 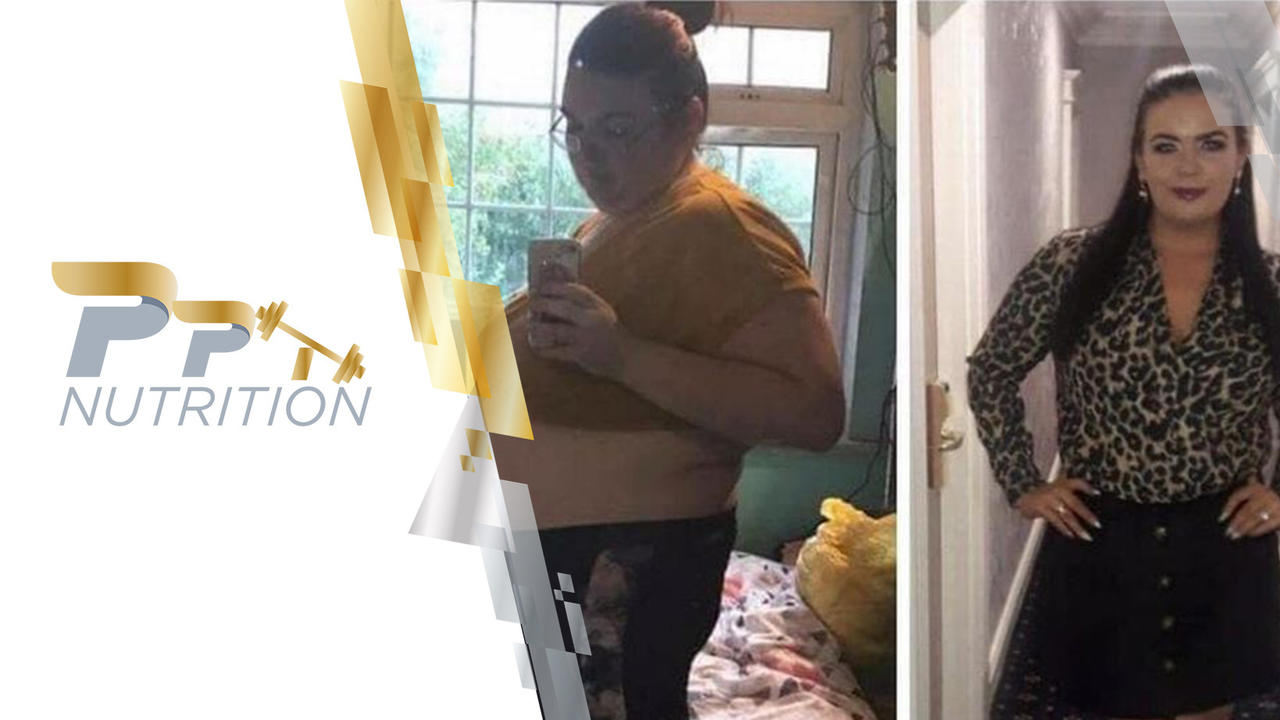 After trying and failing to conceive for three years, Nikki Murphy eventually secured a referral from her GP to a Dublin hospital for IVF.

However, hope turned to devastation when the hospital informed the 32-year-old Blanchardstown native that at 23st 3 lbs, with a BMI of 46.6, she wasn’t a candidate for IVF.

In a bid to start treatment, the hospital put her on a diet plan, however she only lost a few pounds, and they informed her it would be ten years, before she lost enough weight to consider IVF.

However, determined not to give up on her dream to start a family, Nikki went away and researched other plans to lose weight.

This is when she found Peter O'Halloran, owner of award winning PPT FITNESS AND NUTRITION, and Nikki’s life as she knew it changed, and just ten short months later, she was down eight and a half stone. 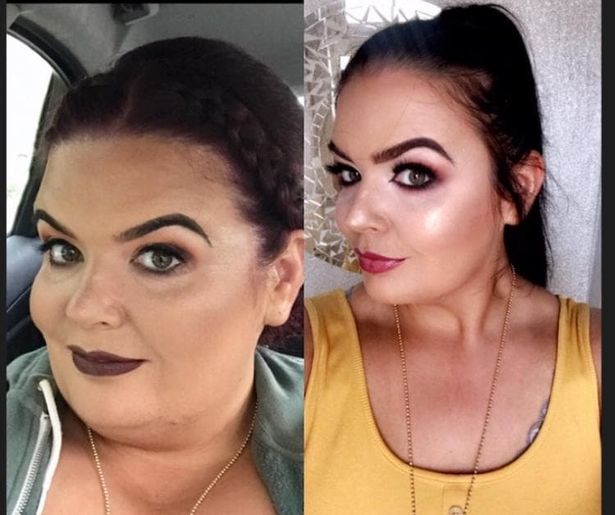 Doctors told her it would take ten years to lose the weight, but it took her less than one. 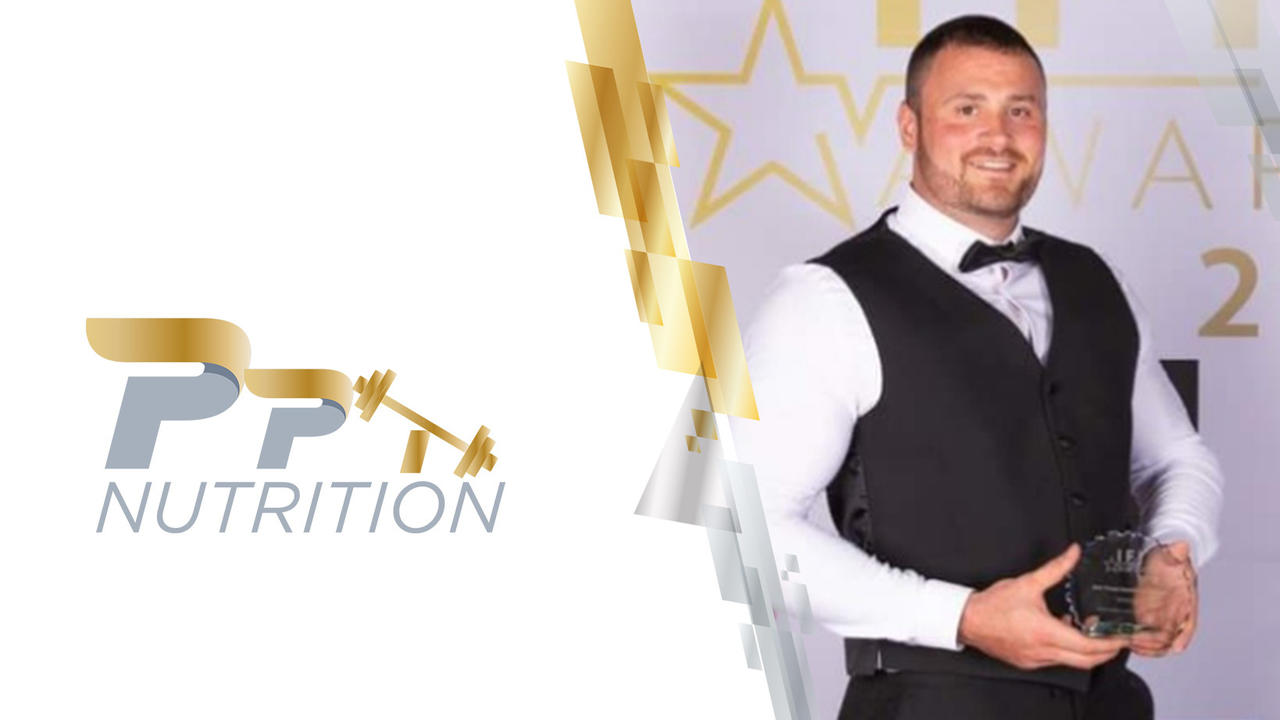 A Waterford Live columnist has been nominated for a top award.

Bloggers, vloggers, gyms, personal trainers and active workplaces are set to be celebrated at the awards, which take place in the round room of the Mansion House on March 8.

Over 200 entries were received this year, demonstrating a remarkable boom within the Irish health and fitness sector.

A number of top health and fitness professionals and facilities have been shortlisted for this year’s event, including Waterford Live’s Peter. A Defence Forces sniper instructor, Peter runs his own business called PPT Fitness and Nutrition, while also writing a regular column for Waterford Live.

The unique event recognises the most talented, innovative health and fitness professionals, and celebrates community and engagement initiatives. Due to... 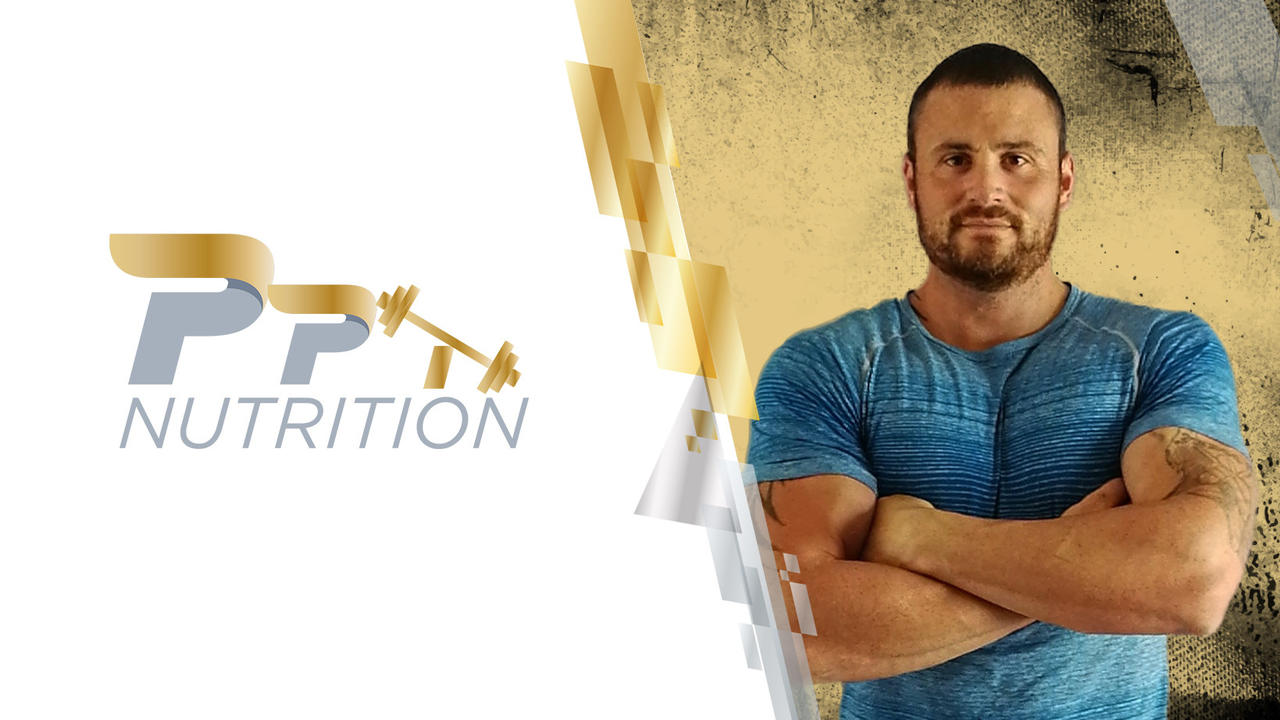 "I want to lose fat and get toned"

I get this nearly on a daily basis.

What is it when people talk about toning or what they think muscle tone is? Usually when I ask the person what tone means, they actually don’t know and some have their own view or belief of what muscle tone is.

When many people talk about being "toned", what they are referring to is a firm body with muscular definition and shape. This is generally a fitness goal that many women (and also men) have, with the majority of their emphasis usually on their arms or stomach.

Let’s clear up now once and for all what "toning’’ is. Firming-up or toning is due to an increase in muscle tissue as well as a low enough body fat percentage to see the definition and shape of the muscles and get rid of the "jiggle".

Muscles do not go from soft to hard or hard to soft...

All About Fitness And Health – Peter O Halloran 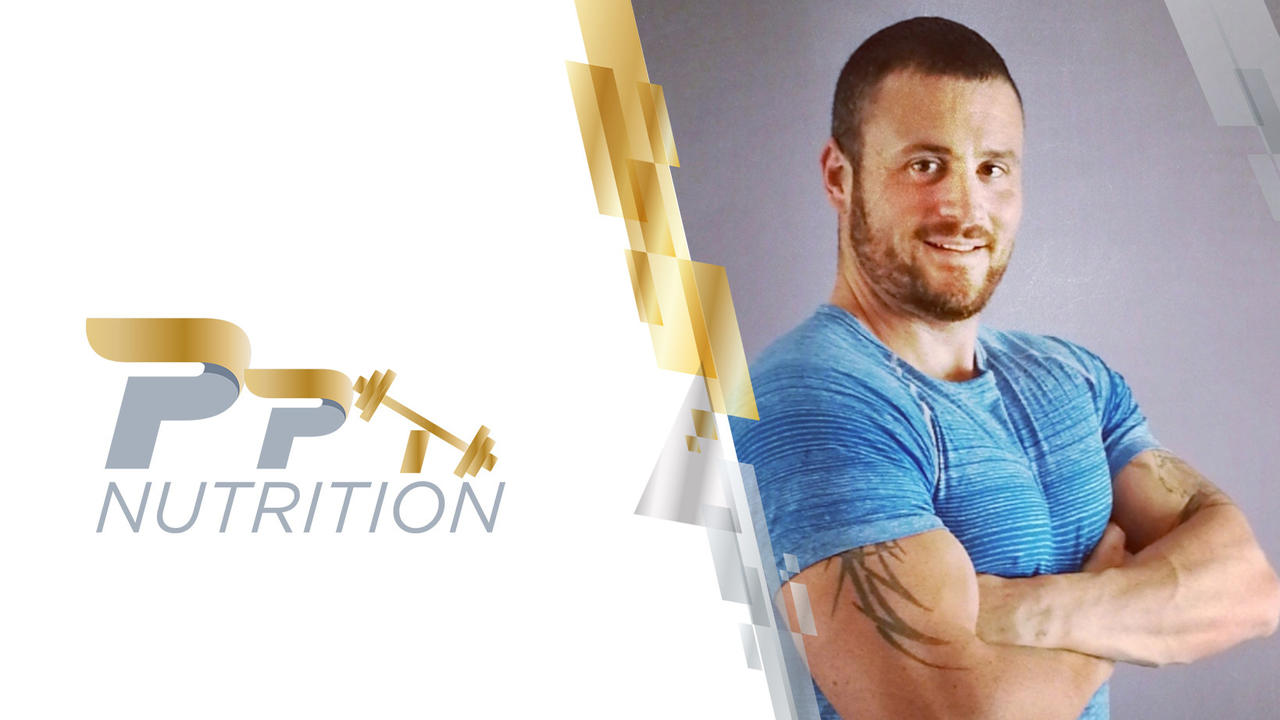 It’s almost impossible you’ve missed this, @ppt_fitness is the new Instagram hype of 2018. Everyone is talking about those so-called “influencers” nowadays, they’re the ones who change the world. Based on what they wear, use, do and share on their social media they influence teens and other Instagram users.

On Instagram, we’ve got the famous huge influencers with 1 million followers, but we also got smaller influencers which remain undiscovered. That’s why we’re writing this blog post, today we want to introduce you to one of our recently discovered accounts: @ppt_fitness, a so-called “new kid on the block”, if we’re talking about amazing undiscovered influencers you should know about then there’s no way you can miss out on this one.

Peter posts high-quality variating content every day, Peter really interacts with followers by asking their opinion on daily stuff making you as a follower feel more... 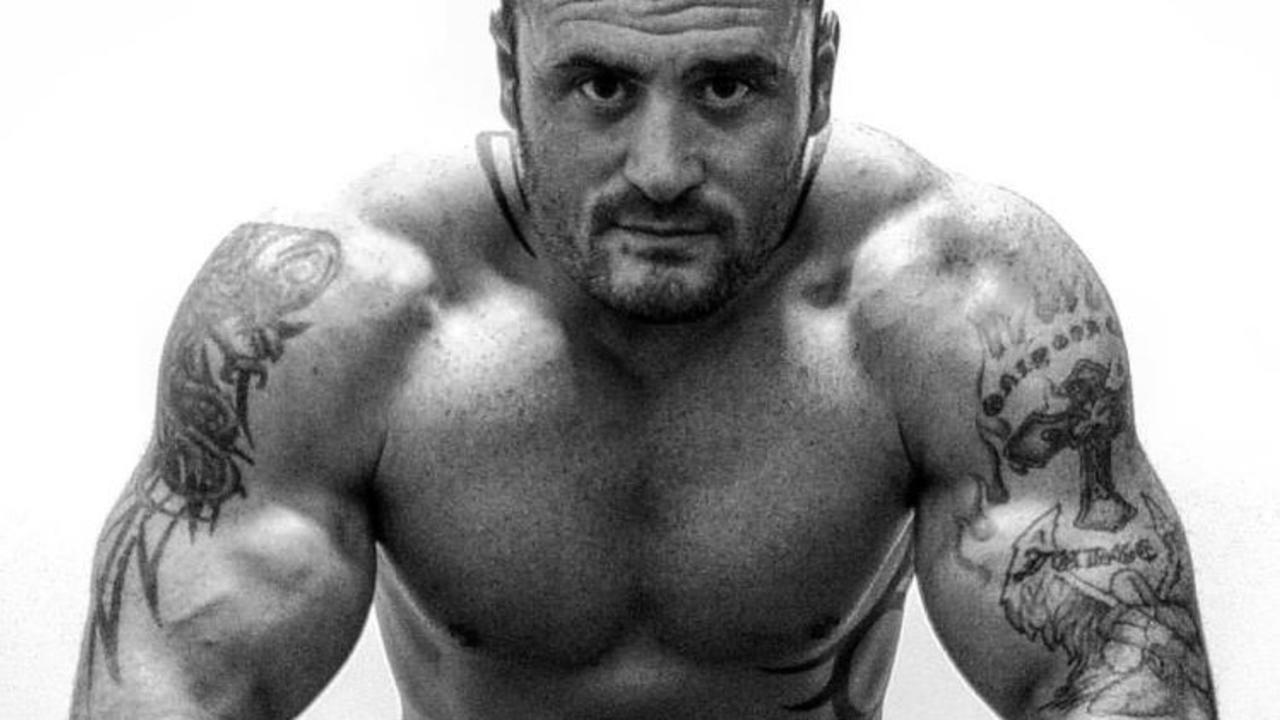 How does water help you lose weight?

Drinking water may be the most important piece to the weight loss puzzle. Water helps eliminate toxins through urination, carries nutrients to cells and prevents dehydration. The process of burning calories requires an adequate supply of water in order to function efficiently, and water helps the body metabolize and burn fat. Water plays a major role in how every single cell, tissue and organ in our body operates and is important to almost every bodily function.

Water contains no calories, fat or cholesterol and is low in sodium. It is nature's appetite suppressant, and it helps the body to metabolize fat. Current research shows that low water intake yields an increase in fat deposits. Conversely, high water intake reduces the amount of fat deposits. Without enough water, the kidneys will not function properly. As a result, some of their workload is pushed off onto the liver, in turn preventing the liver from operating at peak levels. 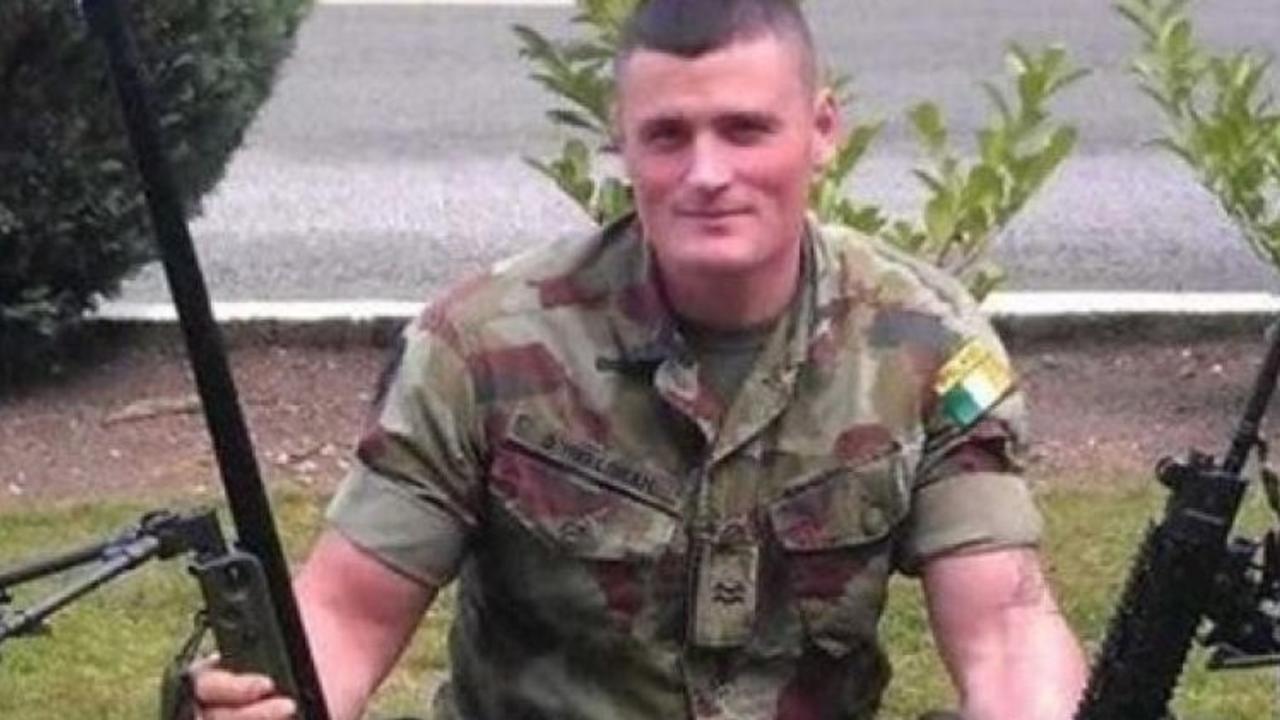 PETER O’HALLORAN, WHO MENTORS PEOPLE ACROSS WATERFORD, WINS ACCOLADES AT THE IRISH FITNESS INDUSTRY AWARDS AND THE SOCIAL MEDIA AWARDS 2018.

A Irish fitness nutritionist who coaches people across Waterford has credited military training for helping him change lives across the world.

The 32-year-old, who worked as a trainee cook and on building sites before joining the army 13 years ago, says the “mental side” of military life prepared him to help others reach their fitness goals. He studied personal training and nutrition in the evenings and on the weekends in Cork, followed by a further three years studying nutrition, before launching PPT Fitness and Nutrition online in 2015. 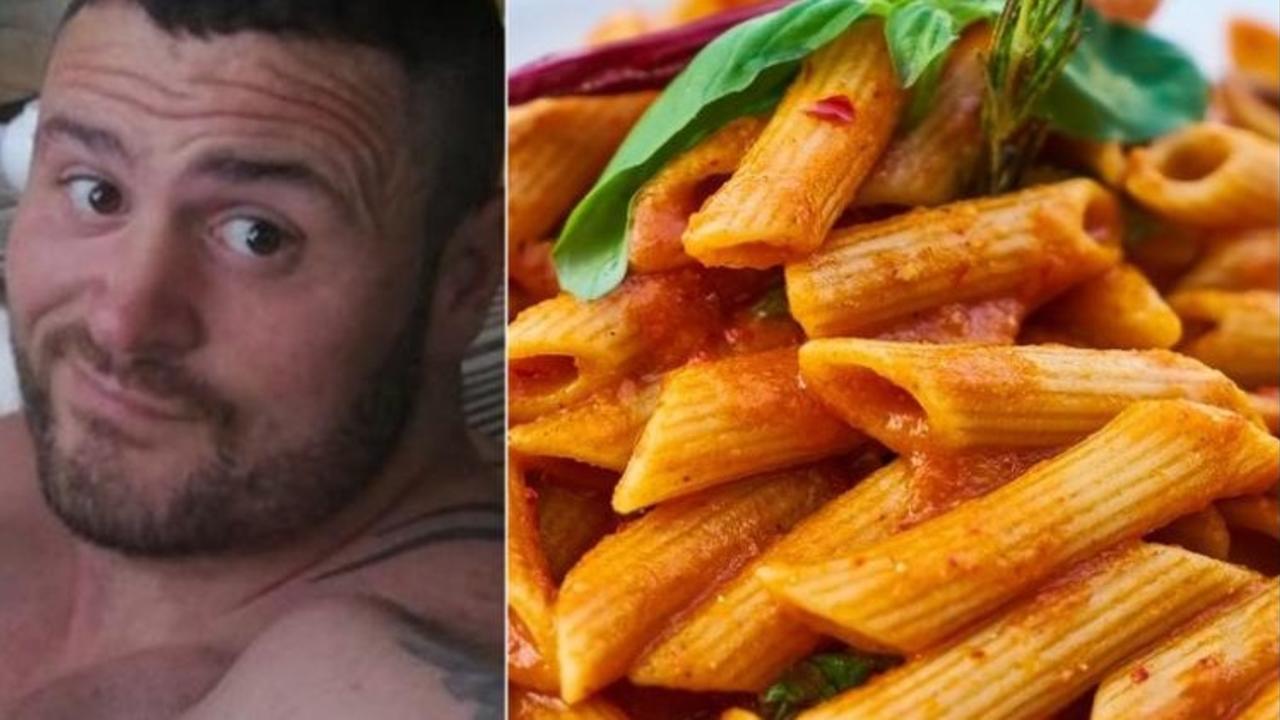 Carbs get a bad rap because we all think of the less-healthy ones - simple carbs like white bread, donuts, bagels and sugary cereal - which aren't great for our health.

But carbs come in two forms: simple and complex. Simple carbs are made up of short chains of carbon molecules that require little breakdown and go directly into the bloodstream causing a blood sugar spike. In turn the body releases insulin whose only job is to get rid of sugar out of the blood.

Now here is the important piece. Insulin’s first port of call to push glucose is into the muscles and its second port of call will be fat storage. What this means is that if you are a person who works out then simple carbs are ok directly after training as your muscles are empty - insulin will push glucose back in, essentially refuelling.

If you’re someone who does not train then the muscles are already full of fuel and insulin will bypass the muscles and store the glucose as fat and you also might experience...

Can you really detox your body? Award-winning fitness and nutrition expert reveals all 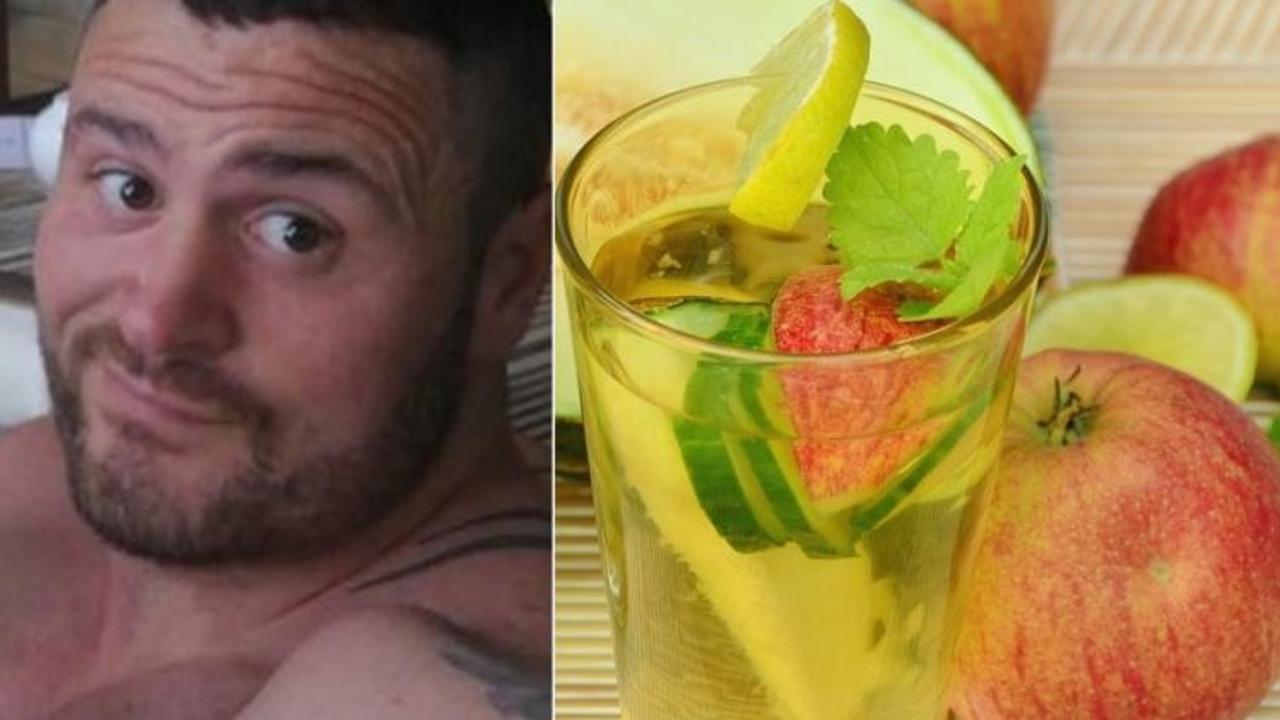 Whether it's cucumbers splashing into water or models sitting smugly next to a pile of vegetables, it’s tough not to be sucked in by the detox industry.

The idea that you can wash away your calorific sins is the perfect antidote to our fast-food lifestyles and alcohol-lubricated social lives. But before you dust off that juicer or take the first tentative steps towards a colonic irrigation clinic, there’s something you should know: detoxing – the idea that you can flush your system of impurities and leave your organs squeaky clean and raring to go – is a scam. It’s a pseudo-medical concept designed to sell you things.

Let’s be clear, there are two types of detox: one is respectable and the other isn’t. The respectable one is the medical treatment of people with life-threatening drug addictions.

The other is the word being hijacked by entrepreneurs, quacks and charlatans to sell a bogus treatment that allegedly detoxifies your body of toxins... 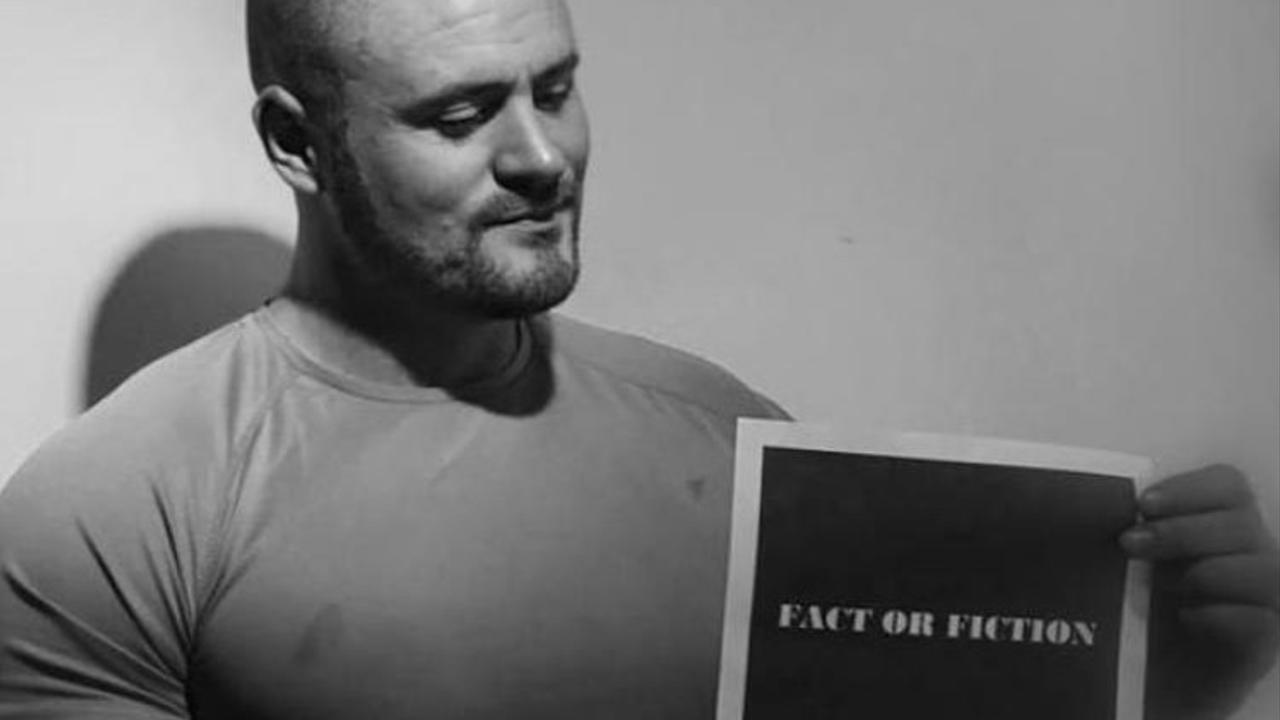 It seems like everyone is ready to offer a piece of advice nowadays. Someone will put up a post on social media that they are starting a diet and you will see comments of all sorts offering advice. Unfortunately, a lot of this advice is unqualified advice. A lot of the tidbits you hear about diet and exercise are just plain false. There are so many myths circulating the internet that it’s hard for someone to filter out what’s actually fact or fiction.

So this week I have decided to make it that bit easier for you and debunk five common diet and exercise myths.

Myth #1: Weight gain is inevitable as we age

It’s true that it is more difficult to keep weight from accumulating around our midsections as we age, but it is not impossible. By monitoring daily calories, eating primarily clean foods, exercising regularly, and participating in strength training, you can keep your trim physique for years to come. 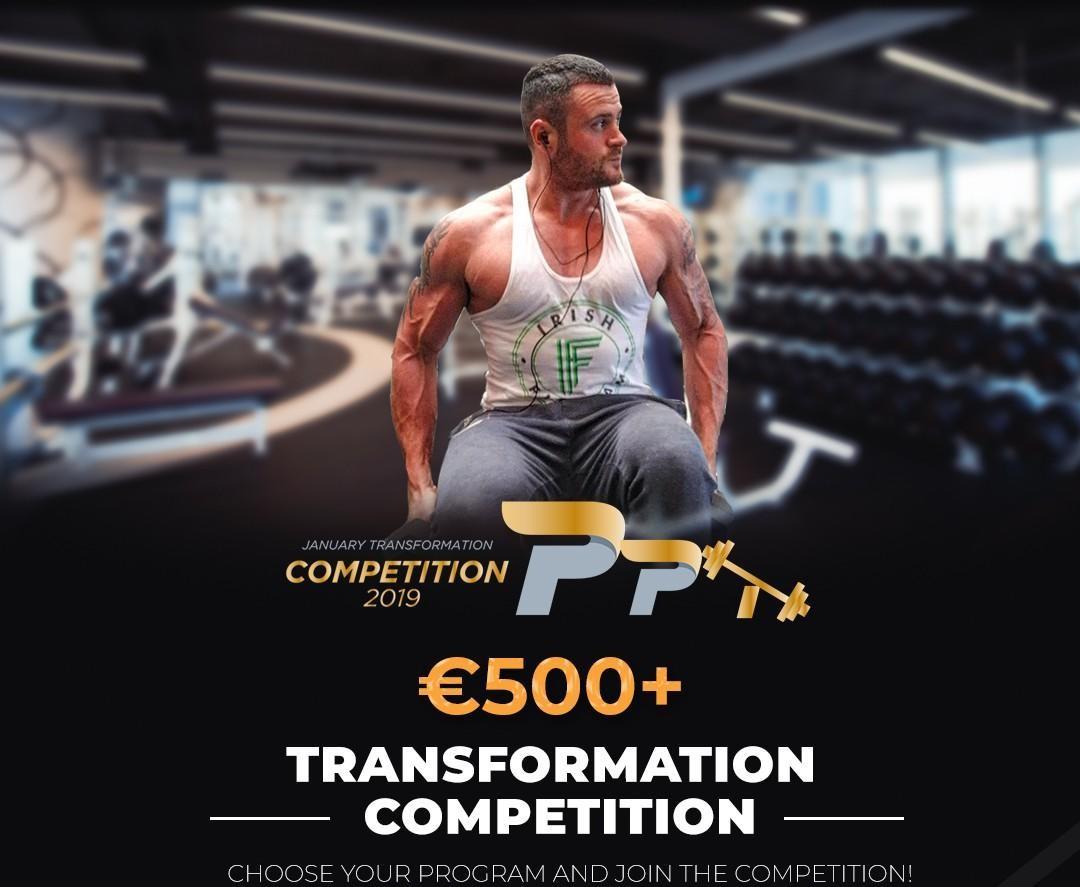